A machine only understand e impulses of current coming in and out.The Computer is also a machine so it also only understand the impulsion of current.Early age computers only alive through these current signals called Analog signals.

It took too long and many distortion in caring these signals.As human nature to keep on improving things so, they convert these signals into Digital signal to grasp speed as well as to avoid distortion also.

These are the main stream inside language of computer also known as Machine Language.The Machine language are the digital signals in the form of 1's and 0's which are encoded from analog signals by a mechanism called modulation. 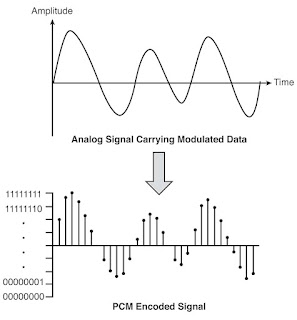