Function is a block of code which has a name.Each function has a unique name.They are the building blocks of c programs.Functions perform certain tasks repeatedly.Functions provide structured programming approach. 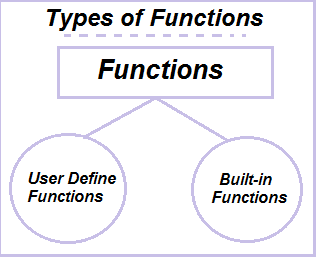 Built in Function
The function which is a part of language is known as built in function or library function.These functions are stored in header files.They make programming easier and faster.