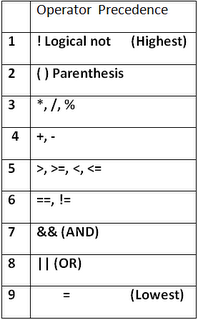 Operators are the symbols used to perform different kinds of calculation on different operands. 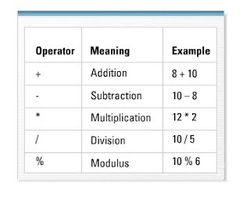 The operator use to perform mathematical operations on different operands.It works with two values. 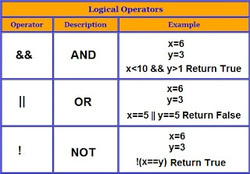 Compound assignment statement
When we are assigning a value to two or more than two variables at one time.
Example
a = b = 5;

Increment OperatorIncrease the value of the variable by one.It is a unary operator and works with one value.It is denoted by the symbol ++.Increment operator cannot increment the value of constants and expressions.

Decrement Operator
Decrease the value of variable by one.It is denoted by the symbol --.It is also a unary operator.

Post Fix
first value is saved then value is Increase/decrease by one.
example A++

Pre Fix
Value is Increase/decrease by one then then value is save.
example --S